Mastering engineers are the unsung heroes of the music industry. They often work for hours on end to perfect a sound, but what does it all mean? The mastering engineer is responsible for polishing an album’s audio before it goes public and gets distributed worldwide. Sometimes, that means taking out background noise or ensuring that there isn’t any clipping during quieter parts in an album. Other times, they might be adding reverb to make vocals sound like they’re coming from different places in a room. Regardless of how much time has gone into an album’s production process, nothing will matter if listeners can’t hear its quality because of poor mastering!

Why Is Audio Mastering Important? 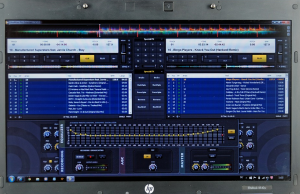 Mastering engineers are responsible for making sure the sound levels of your songs play at a level that is loud enough to share with an audience but not so loud as to damage ears. They also add clarity and depth to create a professional-sounding recording, regardless of whether you can pay hundreds or even thousands of dollars per song. It is essential to know that mastering occurs after mixing and refers specifically to the last step in audio production, whether an album or a single … Read the rest

Funny Quote of the Day